Mythology  is all around us. It's in the movies and television we watch, the stories we read and the language we speak every day. It has helped shape the world around us and influenced peoples' daily choices and decisions. Don't believe me? Let's learn how!

What is Mythology?
This document will introduce you to some of the purposes behind the existence of mythology as well as the reasons we still study it today. Also, click HERE  to see some examples of mythology's presence our world today. 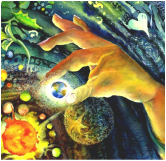 Every culture has different beliefs about how things came to be, and the stories used to tell these tales are called "creation myths." Although we'll be focusing on  the ones from Greek Mythology, it would be interesting to consider and learn about the creation myths present  in your own family's culture! 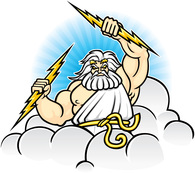 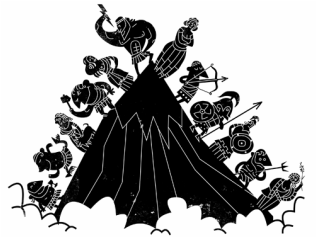 The Olympians consist of the  twelve gods and goddesses who reside on Mount Olympus... plus the one who does not. They are the deities responsible for manipulating and controlling the daily lives of those living in Ancient Greece, each being responsible for their own specific facets of existence. 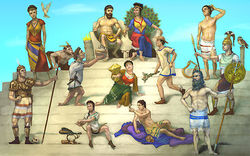 The Olympians Activity
For this component of the unit, students will research information about the deities  of Mount Olympus, become experts and present their findings to their classmates.  Apart from the  assignment document linked above, here are the other resources you'll need to complete this activity:
​Resources
There are tons of websites containing information about Greek mythology and the Olympians (just Google a few key terms if you want proof!), but here are three you can use as a  starting point for your research:
* * * Make sure you keep track of the sources from which you take information! 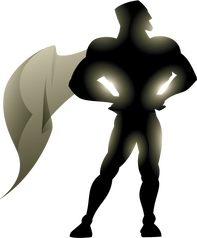 Characteristics of a Hero
What does it take to become a hero? In Greek mythology... more than you might think! The document linked above is your key to understanding the puzzle pieces which make up the existence of the standard Greek hero. While reading about them, think about how these characteristics influence fictional heroes in our world today. Are heroes from the past so different from present day ones? Can you come up with examples?

For your final assignment in the Greek Mythology unit, you will be designing and creating a cereal box cover  which has, as its central focus, one of the characters you've learned about while studying myths.

Regarding the questions you are required to answer, make sure you "snap" them properly using the "Quick Cuts" technique taught in class.

In designing your cereal box, you are to use the conventions familiar  on products sold in stores. Here are a few examples to consider before creating your own: